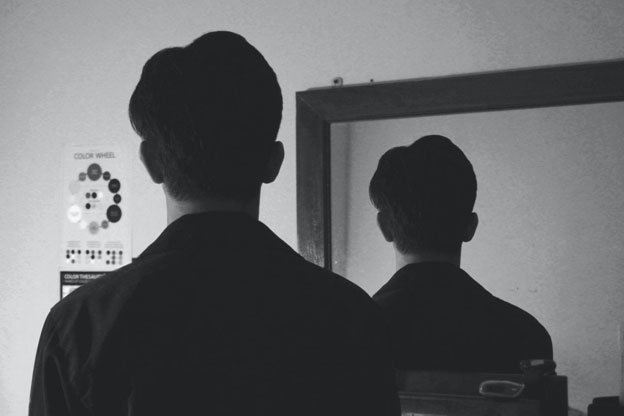 Over the course of the last century or more, a number of philosophers have endorsed the idea that the body reflects and discloses our inner psyche. For example, Carl Jung thought that the mind, body, and personality were intricately linked. He said in his seminal book Psychological Types: Some theorists have gone further and stated that facial traits if correctly understood, might serve as significant indications about our personalities. They see the face as humanity’s centre for emotional expression. This can seem a little absurd at first.

We must also take into account how our habits and activities may affect how we look. For instance, those who regularly exercise or participate in physical activity are more likely than non-exercisers to have larger or better-developed muscles. Our facial muscles function in a similar manner. By using our “smiling muscles,” those of us who grin frequently may end up appearing different from those who smile less frequently.

These findings support the hypothesis that appearance has some impact on our personality and behaviour. As a result, in certain ways, our outside looks might reveal something about our inner selves. That window is also likely to be wider for people who are adept at recognizing and deciphering physical cues. In fact, the explicit goal of techniques like face reading and physiognomy is the development of this kind of talent and knowledge.

Since humanity started attempting to read other people’s thoughts, humans have been practicing physiognomy or the implicit practice of acquiring psychospiritual information (“gnosis”) through examining the body (“physio”). This approach became more overt at some time, as shown in attempts to correlate specific face characteristics (such as nose kinds) with specific personality qualities.

The emphasis on particular facial traits in modern physiognomic research has largely been replaced by “configure” techniques, which interpret the face holistically based on overall impression. This strategy is based on scientific evidence that indicates people prefer to assimilate face information holistically or intuitively.

Humans were attempting to recognize and interpret “body kinds” as early as ancient Greece. Hippocrates proposed two basic body types around 430 BCE, one with a bulky, muscular form and the other with a more delicate, elongated look. Galen, a Roman physician who lived a few hundred years later, distinguished between a number of temperaments, including sanguine, phlegmatic, choleric, and melancholy, and linked each to a certain ratio of four body fluids: blood, phlegm, black, and yellow bile.

Despite this long-standing fascination with bodily types and the biological underpinnings of temperament, more elaborate and substantial ideas did not emerge until the early 20th century. William H. Sheldon introduced the one that has the most impact and breadth. Sheldon had a voracious interest in what he dubbed “constitutional psychology.” Sheldon was motivated to comprehend how various personality qualities are expressed in the body, while other researchers were striving to identify and evaluate personality traits. This eventually served as the subject of his dissertation for graduate school.

Sheldon’s endomorph is distinguished by an excess of body fat, which gives the limbs, face, and trunk a rounded look. Sheldon proposed that endomorphs had longer digestive tracts that enable more effective calorie absorption and retention.

The mesomorph has a wide and muscular physique and is distinguished by a preponderance of muscle tissue. They have a thicker, frequently chiseled jaw, and their general form is squarer than that of the other varieties. Mesomorphs often weigh more than endomorphs of the same size because muscle and bone are denser than fat. Additionally, mesomorphs typically enter puberty sooner and have a more mature appearance.

The ectomorph, Sheldon’s third and final category, is distinguished by having limbs and a trunk that is slender and elongated; its overall form is best described as linear. Ectomorphs are the least overweight in relation to their height of the three categories. Being “late bloomers,” they often seem young and have an appearance to match.

In addition to having different faces and bodies, each person has a unique body symmetry or proportion. For example, some people have bigger, heavier lower bodies despite having very thin, slender limbs and torsos. It might be challenging to accurately ascertain their somatotype under such circumstances. Fortunately, analyzing physical features may provide important details about a person’s personality.

Ken Dychtwald’s book Bodymind is a well-liked resource for anyone who wants to evaluate the mind using the body. Dychtwald starts by separating the body into right and left halves, the waist, the neck, and other places. This enables the analysis of the proportions and relative symmetry of distinct body areas. For our discussion, we will solely focus on Dychtwald’s split of the body into the upper and lower halves.

Dychtwald contends that introverts frequently have a larger lower body and less growth in their chest, shoulders, and arms. Many have a pronounced curving of the shoulders and upper back, as though their back muscles are unable to support them. This could also signify a propensity for them to capitulate to external forces or turn inward. Additionally, a lot of introverts frequently cross their arms or legs, which is an unintentional symbol of closedness, guardedness, or other uncomfortableness.

An attractive smile is crucial

A lovely grin might be crucial when discussing looks and personality. It can improve your physical appeal to others, both personally and professionally. How attractive your smile feels may make a big difference, whether you need the self-assurance to ask someone out on a date or to give a crucial presentation at work. Not just when you grin can you see your teeth. Additionally, when we converse, eat, laugh, and make other facial emotions, our teeth are visible. According to a dental office in Bullhead city, healthy teeth may significantly alter how other people perceive you. One of the most appealing traits somebody may have is a great grin.