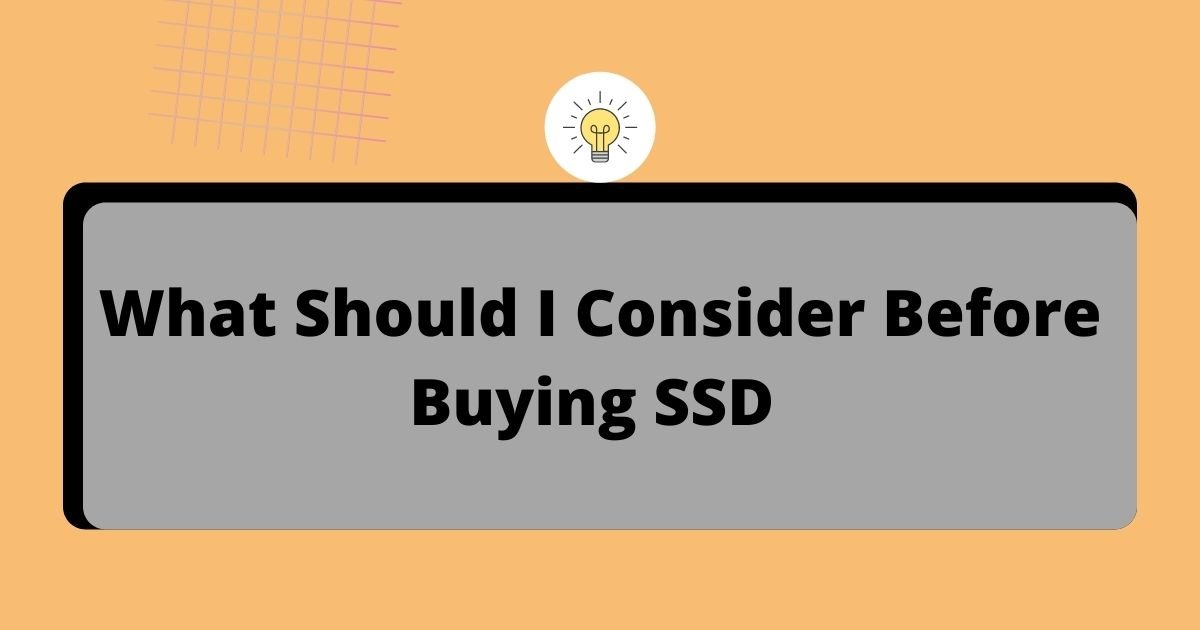 What should I consider before buying SSD for my computer?

Now there are many SSD available in the market. There are many option but which one is perfect for you is only important thing you should consider most. We are here to find out SSD which will be perfect match for you.

Before buying a Solid State Drive you should know some important thing about SSD. You should know what kind of SSD you want and how many GB you actually need. First of all we consider your budget.

It depends what kind of SSD you want to buy. We explain everything for you.

We already know that SSDs are of two types. All types of SSDs are fast. Which of these is faster, the binding capacity between them depends a lot on an SSD.

SATA SSD: Most of the SSDs in the market are usually SATA interface. These are very similar to the HDD interface and are relatively less expensive. These are like HDD-like interfaces but are much faster than HDDs. Ordinary users like Freelancer Graphics Designer, Video Editor, Gamer can use this SSD if they want.

There are more types in this SATA SSD. Such as mSATA SSD. It is also known as mini-SATA or mSATA. It usually gets smaller in size. Which is used in mobiles, tablets, notebooks etc.

Another is the m.2 SSD. It is also smaller and thinner in size which is commonly used in mobiles and slim laptops because of its slim body shape.

PCIe SSD (PCIe / NVMe / PCIe-NVMe): This type of SSD is counted among the most powerful SSDs in the SSD world. These SSDs are commonly used to build high-performance base computers. All these SSDs are quite expensive. This type of SSD is suitable for those who need a high-performance base computer or who want to play gaming with high-end graphics and will not have any budget problems.

You can also use this software on SATA if you want.

What kinds of SSD Should I buy?

It is actually a hard question. No one knows properly about it. You first consider what kind of work will do on your system. When you insert Solid State Drive with your motherboard, it will show the result, it will show how fast your operating system can run.

If you are a gamer it depends differently. The Solid State Drive will work better than you can think. The main work of SSD is to load faster. Now a day you don’t even have to have the fastest SSD is the market to get the job done. When Microsoft releases the DirectStorage API for Windows in this year, games can use these fast transfer reading and writing rates for even faster load times.

And you are planning to insert fastest SSD on your Computer. We suggest you to buy PCIe 4.0 SSD. This is perfect for heavy gaming and video editing software. It will run faster than any other PCIe 3.0. It has fastest reading and writing ability. You can rely on it for your heavily weighted work.

1 thought on “What should I consider before buying SSD for my computer?”